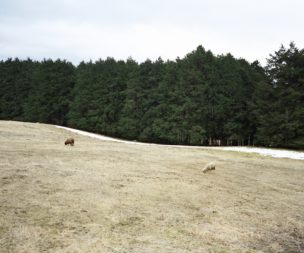 The wintertag (winter day) series is one of the winter landscapes in Japan. This series is an ongoing project, which started in January 2014. These are photos at the foot of Mount Fuji and my hometown (central Kanagawa prefecture / An area along the Sagami River). Lake Yamanaka at the foot of Mount Fuji is approximately 70km from my hometown. In my hometown, it rarely snows however, Lake Yamanaka freezes every year. In November 2016, it snowed for the first time in 54 years in my hometown. The Lake Yamanaka is the headstream of the Sagami River and it is the only lake with natural debouch into the rivers among the Five Lakes of Mount Fuji. These landscapes are simplified by snow, captured simply and minimally. 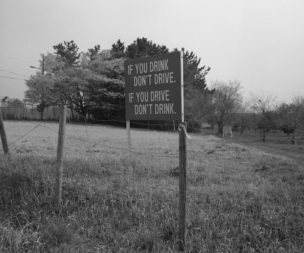 America in Kanagawa | There are dotted with US naval facilities in Kanagawa where I live. Of these US Radio Transmitting Facility Kamiseya in the suburbs of Yokohama was drawn off and the land was returned in 2015. The site area was 242ha. Cherry blossoms were planted along the surrounding highways as a sign of friendship. This part of the square opened to the public during the first week of April, despite the former border fence, the crossing is still prohibited. It is planned to attract an International Horticultural Exhibition which will be held in 2026, on the site of this US naval facility. After that, there is a plan to build a big theme park. The purpose of this photo series is to record one part of the history of Japan and the history of Kanagawa where the landscape will soon be reborn. This series is an ongoing project, which started in April 2019. 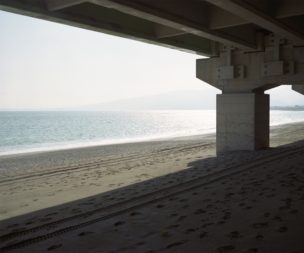 This photo series focuses on the area that extends underneath the Seisho Bypass along the Seisho Coast and National Route 1. The Seisho Coast is usually a quiet place with few people around, familiar to locals as a fishing spot and a walking route for large dogs. At the same time, coastal erosion due to natural processes has progressed. Some areas have lost as much as 45 metres of sand beach in the last 65 years, and the seawater pools at Hiratsuka and Kozu have recently been closed. In the Ninomiya area, a typhoon washed away the beach and caused a section of the Seisho Bypass to collapse in 2007. Currently this area has an artificial sand beach. I decided to make a photographic record of the appearance of this coastal area that has been restored by humans. This series is an ongoing project, which started in September 2018. 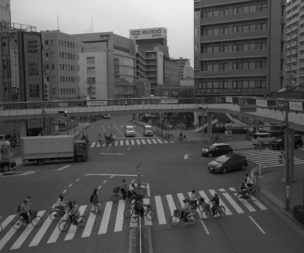 “You keep that,” said my dad. It was a copper medal commemorating the 1964 Tokyo Olympics, which were held before I was born. The second Tokyo Olympics was planned to take place 56 years after the first, in 2020. But the Covid-19 pandemic broke out at the start of the year, and the Games were rescheduled for 2021. In Japan, where the law does not allow lockdowns, states of emergency were repeatedly declared in the major cities. At present, with three months to go before the Games are due to start, the majority of Japanese citizens are still unvaccinated, while the Japanese government’s line is that the Olympics will go ahead. / This short documentary series is intended to allow us in future to look back on the once-in-a-lifetime year of the planned Tokyo Olympics. 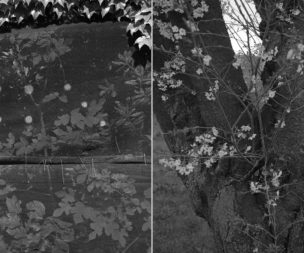 I chose a specific location from the series "Coastline" and the series "Wintertag", and created each short sub-series. SANDS was taken in the Hiratsuka sand dunes. Coastal erosion due to natural processes has progressed, and the seawater pool on this coast was scheduled to be demolished earlier this year (2022). SAKURA was shot around a nearby reservoir. I tried some printing on Awagami Washi paper. 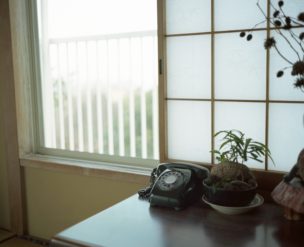 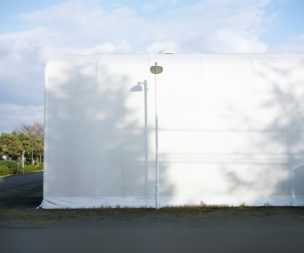 LITE - This abstract photo series is an ongoing project, which started in 2016. 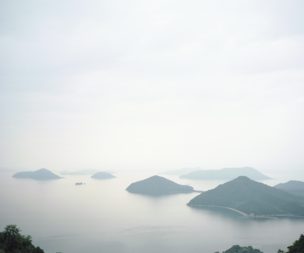 My father comes from Takamatsu (Shikoku Island). I went to Takamatsu and Shodoshima (Island of Seto inland sea) for the first time in 30 years. In childhood, I always spent the summer in Takamatsu with my cousin. This personal series is re-recording of the memories of my childhood. [B/W : Aug.1979, Aug.1981 | Color : Aug.2016, Sep.2016, Aug.2017] 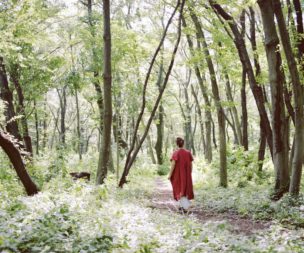